Harry Potter and the Disorder of the Phoenix's Plot: An Unprofessinal Movie Review 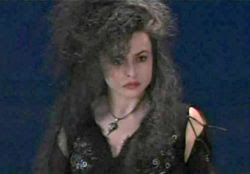 Harry Potter and the Order of the :
Produced by Warner Brothers, Directed by a Dolt, Written by a man who apparently has not read the book he was allegedly adapting.

Well, this non-professional movie critic was sorely disappointed in Harry Potter and the Order of the . I and twelve million other people stayed up way past my bedtime to see the premiere show at 12:01 am on Wednesday July 11th; and I and the hundreds of people at the Imax theater in New York City left the theater two hours later feeling dissatisfied, depleted, and terribly let down.

Of all the fine directors who have translated the Harry Potter series from book to film, David Yates is by far the worst. OOTP was, quite frankly, cheesy. Even the seven-year old boy who accompanied me to the film agreed, concluding that the movie was “confusing” and “not scary.” This from a boy who has not yet taken film studies 101 at NYU. This from a boy who came to the theater with a wand in hand and a lighting bolt scar drawn on his forehead. All of us were underwhelmed.

Why? Well, first of all, the pace was too fast—can we blame the film editor perhaps?

No one can deny that it is a major challenge to reduce an 800 page book to a two hundred page script, but, gentlemen, there was no need to rush things as much as you did. Most of this movie came across as a series of blips. The audience had no time to process what we had seen before another image blipped on, then another, then another. It was almost like flipping through a deck of cards. Not even a person who had read OOTP the book could string these images together into a coherent story.

And then there is the horrible screenplay—for Christ’s sake! There was NO reason for the screenwriter to change dialogue and change essential plot points in this movie. If time was a factor (and it always is in film), the director certainly could have cut down other non-essential scenes. And if the screenwriter changed all these plot points in order to create a more cohesive script well, sorry Michael, but there was nothing cohesive about your final product.

The main story lines of the book—the plot points that gave OOTP its forward motion—were reduced to codswallop. Harry’s recurring dreams about the door in the Department of Mysteries, for instance: why did the director and screenwriter not develop that? When it would have given the film some very clear and concise forward motion? And why was Cho’s role changed from a partner in a botched-teenage-crush to one of villain? How did *that* serve the movie plot? It did not. It was just another fake subplot inserted and abandoned, so quickly and so feebly moviegoers barely had a chance to latch on. There was NO REASON to have Cho nark on Dumbledore’s Army, because the two outcomes of her actions: crushing the Army and ruining things with Harry—could have been achieved just as easily and just as quickly (in terms of the amount of film time required) by sticking to the original plot of the book.

And why not let us see Harry bumble his way through his relationship with Cho? That was part of the charm of OOTP—we got to see teenagers making the sort of romantic snafus teenagers make. There was NO NEED for the screenwriter to attempt to turn Harry into an invulnerable hero. We all know Harry is a hero in the truest sense, but we HP fans like the fact that our hero is flawed and made mistakes with Cho. TO make poor Katie Leung the scapegoat for the director’s lack of scope and the screenwriter’s lack of empathy with a real character is just plain wrong. And lazy.

You wouldn’t believe how many people left the theater one hour into the film, because in that one hour nothing had really happened yet. These were New Yorkers, serious HP fans. Many of us were in costume, with wands, and big cups of coffee to help us stay away until in the morning, when the next show would air. Many of us left because we were disgusted. How is it possible for a Harry Potter movie to suck? How is it possible for a movie based on the most wonderful, imaginative, rich series on earth to be dull, incomprehensible, and laughably lame? How could these filmmakers turned some of the most multi-dimensional characters in publishing history into clichés?

I could go on and on about how appalled and shocked I am, but I shall now talk about what I loved about the movie:

He is just such a f----ing brilliant actor, and Snape is probably one of the most heatedly-debated characters in fiction right now.

Even though much of Isaacs’ dialogue never appeared in the actual book, he gets away with it, because his portrayal of Lucius Malfoy is dead on. Pure evil has never been sexier, or scarier, when you have Rickman or Isaacs on the screen.

I also loved Evanna Lynch as Luna, which seems to be a unanimous opinion. Lynch’s lack of pretension and her dreamy self-containment completely brought the character of Luna to life---despite the director’s efforts to scrape her role across the pavement. And Lynch’s voice was heavenly perfection. I can’t wait to see her in Half-Blood Prince.

I thought Daniel Radcliffe was outstanding. I’ve always been underimpressed with Emma Watson’s acting (or rather, over-acting) and for some reason her painful performances have colored my faith in the other actors. But Daniel showed an emotional range in this film that was actually an improvement on the book. I always wondered why Harry, as a character, did not suffer from Complex Post Traumatic Stress Disorder based on his lifetime experiences. I am serious about this! Trauma at age one, ten years of abuse and neglect at the hand of his aunt and uncle.....and nothing but horrific trauma ever since. As I reader, I always admire those characters who suffer trauma and still manage to keep a positive life outlook......and that is our Harry. But in OOTP the Film, we see Harry being upset, having nightmares, rejecting his friends, lashing out. Of course Harry did all this in the book as well, but Radcliffe was on fire in this movie. His performance was raw and real and genuine.

Watson’s performances strike me as those of an immature teenager trying to act like a mature woman acting like a mature teenager. So it’s like she goes out of her way not to be herself. But Radcliffe, man. He goes straight into Harry. I could watch him for hours. I’d like to make out with him, too, but I’m near forty and he’s not of legal age. Lucky Cho Chang. Did you see that slip of the tongue in the kiss scene? (In my mind, the only scene in the movie worth seeing).

The other terrific scene was the battle between Dumbledore and Voldemort that took place like eight hours into this two-hour movie. The magic those two used showed true imagination on the part of the director. It’s about time, David Yates. I guess, if your specialty is commercials, you are used to working in a three-minute format. So these were some good three minutes.
Why, oh why, did you have to sabotage your own crowning moment with that painfully cheesy inner-thought-sequence in which Harry “remembers all the good times” with his friends. Why did you have to insert a f---ing AT&T commercial in the middle of a crucial battle scene? You did everything except show Harry skipping through a field of flowers with Madame Rosetta.

Why did you not STICK TO THE BOOK? Harry, while inhabited by Voldemort, decided that it would be worth it to die, because at least he’d see Sirius again. Plain and simple. Exit Voldemort. Instead, you wasted three minutes of precious film time pouring on the saccharine. Saccharine that we did not need.

And why did you make Harry’s hair straight? IT was little details like these that made me think Yates simply has no respect for his viewers. He seems so busy trying to “make his mark” as the new director in this series that he seems to have forgotten an essential point: um, this is based on a Harry Potter book?

And Neville, poor Neville. Why spend all that time building him up in the film if you were going to CUT OUT his spectacularly heroic moments in the Department of Mystery. The Neville fans in the Imax theater literally stood and booed during that sequence. There were twelve of them, dressed up like Neville, and you, David Yates, ruined their month. There is a Neville in each one of us, and you took away our moment of glory.

Oh, I can’t go on anymore. I won’t talk about the let-down of Bellatrix. I won’t ask why Ron had like two lines. I can only pray at this point that the Extended DVD can offer even a slight improvement on this complete failure of a film. Thanks for listening.

Here’s a shorter version of this review posted on Fandango:

OOTP was a huge disappointment for this Harry Potter fan. It failed as a book adaptation and as a stand-alone film. I won't even talk about the botched plot points that caused dozens of fans to leave the showing in disgust. Nor will I talk about the rapid-fire editing that gave the audience no chance to digest anything. David Yates and the new screenwriter (I forget his name) managed to take one of the most exciting books in literary history and turn it into a dull, cheezy movie--over-ripe with cliches and saccharine sentiment. I am appalled to think that this duo will write and direct the next HP film! My seven year old son had this to say: "When is it going to get scary?" (He said this near the end of the film, after the Dept of Ministries scene, which was supposed to be the most dynamic scene of the film.)