SMART DOG, THE WHO, AND THE ELECTION 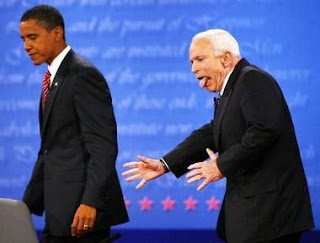 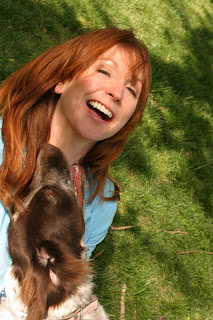 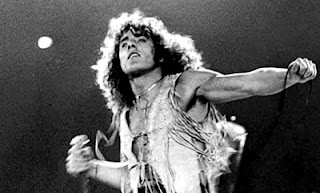 The title of this post shall be: SMART DOG


Today is Election Day, and I happen to be in DC for the momentous occasion. I came here for another momentous occasion—to see The Who, and they were so good I cried. It is touching to see two men in their sixties—two men who admittedly used to loathe one another—communicate with such love and respect on the stage. Plus, they fucking rock.

Imagine the experience of seeing Pete Townshend, dressed casually and almost frumpily in black jeans and black t-shirt, still bending down to machine-gun the lucky fans in the front row. His “I am going to kill you with my music” stance had a certain stiffness to it, and I miss the way he used to wiggle his cute butt in his white stage pants during “Won’t Get Fooled Again.” But, man, he’s Pete. He’s a guitar god.

Because I meditate a lot, I am used to getting eighth-chakra chills in the presence of beings with high vibrations (which is the best feeling in the world for hopelessly low-vibration folks like myself), and I must say I got chills throughout much of this concert. It wasn’t just the musicians—who I could tell were channeling glory. It was the fans: old, young, in between; entirely white, mostly male. But God love the grey haired woman who came in with a walker and was later seen standing in the aisles, walkerless, and shaking her booty to “Sister Disco.” It’s things like that that give me chills and make me cry. I love being in the midst of happy people, who add to the channeling of glory.

I could go on and on about the Who, but this is supposed to be a dog blog, not a rock blog. SO the final thing I shall say is: go listen to Tea and Theater from Endless Wire. Or better, go listen to it live. Roger is a cuddle muffin and Pete is a wise old sage. The formerly bare-chested, angry spokesmen of discontent have come full circle into contentment. Bliss.

Back to the SMART DOG:
As I said, I am in DC—or rather, Bethesda, Maryland, in a neighborhood called Friendship Heights. I am staying in one of those incredibly posh, gargantuan apartment complexes as big as Rhode Island, and as exquisitely landscaped as the Mandarin Hotel in Hawaii: I’m talking trellises and topiaries and wisteria and cupolas and tennis courts and pools and exotic trees and pansies galore and bricked paths, stone paths, fountains, streams, koi ponds. Having just come from New York, I am in shock. We don’t have parquet in the East Village and we don’t have marble paths. Don't get me wrong: I love bohemia. But here it's like the Seventh Realm.

The apartment belongs to my former mother-in-law, whom I adore, and whose generosity to me knows no limits, but I must confess it feels a bit strange to be here. The ghosts of my pasts here are strong and negative. I feel myself being pulled into a stage of regret and guilt and thoughts of what might-have-been had I been stronger then, and I wish I were strong enough to resist this pull, and remain focused in the present, and try to like myself..... I should have brought sage. But my car is so jam packed I left behind my sage, candles, and incense.
Not a Bethesda thing anyway..

Anyway, the only drawback to staying in such a posh pretty place is that the whole district teaming with Republicans. As many of you know, I spent the last four years “country-ing” in Woodstock, New York, where there are like six Republicans and they never get incited to any of the cool parties so I have never actually seen one. But sometimes I see their bumper stickers on cars parked outside CVS, and see that they are quite dented up, and wonder a bit about what caused that.

Here in Friendship Heights the cars are not dented—and they seem to get washed every day. I walk past them each morning as I take my dog for her walk—past the large houses with their brick driveways and beautiful plants and trees. The dog sniffs at each house, trying to find the perfect place to poop, for these things, in the dog world, are quite serious. Her entire future and social hierarchy seem to rest upon this choice, so I respect her wishes. We dawdle. We consider this sidewalk or that. On a street called “Harmony,” we actually pass a few Obama/Biden signs, and I feel pleased. I feel harmonious. Then we come upon a Tudor mini-mansion with a McCain/Palin/Satan sign. I feel disharmony again. And the dog stops suddenly, circles around the sign a few times and deposits her waste. I pick it up of course—to not do so would be undemocratic. But it seems to me that I have received a sign. The world will change for the better. Obama is winning. Truth is winning. Compassion is winning. Dogs know this. Dogs have always known. And hey, Pete and Roger know it too. Blessings to all on this fateful day.
Posted by Lee Harrington at 7:20 AM