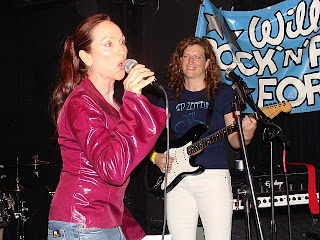 Dreaming of Pete Townshend, Part I

I suppose if I were to confess to anyone that I frequently dream of Pete Townshend, here would be the place. But don’t worry—it’s not that kind of dream. No sex, no drugs, not even rock and roll, really. He’s just a presence really—one who fills the room with peace, love, and a sense that everything is all right.

Sounds like Christ, eh? Is this what they mean when they call rock stars gods?
For years I have wondered...

But then, after a few minutes, the grim reality would set in: that I was alone, seemingly unloved, and Mr. Pete Townsend—the man with whom I felt so intimate in my dreams—had no idea who I was. And never had and never would. What a terrible feeling!

(I had similar dreams about a man named Tony Stacchi, with whom I went to high school, and upon whom I always had a secret crush. I haven’t seem him since high school But this is another story.)

Getting back to the Pete dreams: in 2004, I finally consulted a therapist. Not about my Pete dreams—believe me, those were the least of my “problems.” Those dreams were pleasant, and gentle, and if they left me momentarily mystified, well, I wasn’t going to complain. No, this therapist was helping me recover from childhood trauma. She was a saint, that woman—so compassionate and wise—and once I started to discuss my Buddhists, Pagan, Jungian, and Native American beliefs, she told me she also happened to specialize in dream therapy. “I don’t tell that to all my clients,” she said with the smile. “Not everyone is open to that.”

So I told her about Pete. I told her the love I felt from him, and with him, in my dreams. “He’s wonderful,” she said, “I love him, too.” (For a second I was jealous. Because I wanted to believe I loved his music and connected with his lyrics more than anyone else on the planet, thank you very much.)

But anyway, I told her that sometimes Pete and I sang together. Sometimes we sang his songs; mostly we sang songs that I had written, that I couldn’t remember when I woke. Sometimes he encouraged me, and told me I had a good voice. Sometimes he would hug me—not in a sexual way. More of a maternal/paternal embrace—something I have rarely experienced in this lifetime. I would close my eyes and just absorb this love.

My therapist listened with a beautiful smile. “Everything in a dream is a representation,” she said. “What do you think he represents?
Music, of course. Singing, playing guitar, writing incredible, magnificent songs. He represented self-expression, channeling anger, channeling pain. He was an artist who could transmute those negative energies of anger and sorrow into something beautiful, the way the Buddhas are said to do.

“He’s encouraging you to make music,” my therapist said.

I loved this interpretation. And it made perfect sense. All of my life I have wanted to be a musician, but my parents discouraged that from the start (another long story for another day). Basically they told me I couldn't sing for beans, and could I please turn that crap-ass music down?

Now, in my dreams, I was getting encouragement from one of the people I admire most in the world. How cool is that?

The pure, almost celestial warmth and happiness I felt in his presence was simply Music was calling me back, the way they say God calls you back, i suppose.

This goes back to the question above: Is this what people mean, then, when they call musicians “gods?” Because they have the capacity, through their words and music, to call us back to a better place? Because they make us feel less alone?

It would be fun to find the person who coined this term (God of Rock) and get his/her opinion. But I’d argue that, yes, that is the role people like Pete have served on the planet. But this is another big topic I suppose.

What I can say for certain is that, in my reality, in the Jungian context of my dreams, Pete absolutely serves as an archetype. He is Music, embodied, in a half human/half ethereal form.

Would he be flattered, or appalled, to know this? Only he can say....
(Part of me wants to believe that his appearances in my dreams are true visitations; that he has traveled astrally across oceans and continents to give me—sad, special, talented, weird me—a reassuring hug.)

Regardless of what this all means, I shall thank Pete, again and again, for this role he has played in my waking life, and in my sleeping life—the world of the subconscious, the world of gifts from beyond. It took several years, but I finally got the message:

Sing, girlfriend. Reclaim your original self. Let it be pure, and easy. Amen.
Posted by Lee Harrington at 1:53 PM No comments: