Chloe Chronicles VII: On Getting Rejected by a Rescue Group 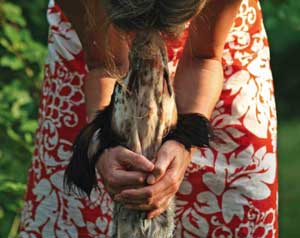 
All of my life, I have dreamed of having at least two dogs, but always knew I would have to wait for the right situation. For me, the “right situation” involved living in the country rather than in New York City, in a house surrounded by lots of land and with all the time in the world on my hands. Or at least, enough time to train my second dog and help him adjust to his life with Chloe and me (in our house in the country). I wanted to be able to take them hiking and give them plenty of attention, engagement, exercise and so forth. I figured that, with a second dog, my caretaking duties — meaning my supervised duties, above and beyond the care my dogs always receive — would amount to about four hours per day.

Why four hours, you ask? Because I wanted to adopt an English Setter mix--my most favorite type of hypo-dog.